Get to know us

Your Experts for IT-Security.

The specialists for Cyber Security

With our IT security solutions we have been successfully active in the market for more than 15 years. Based in Munich, we are one of the leading international specialists for IT and data security.

Our drive is the security of your data. This is why we emphasize the continuous development of our products.

Udo Riedel is the father of DriveLock SE. Having founded the company at the turn of the century, he still holds the position of CTO, ensuring that DriveLock maintains its position as a frontrunner in delivering cutting-edge technology. Devoting his life to IT-Security, Udo is widely regarded as an industry thought-leader in Germany and beyond. Before he embarked on his journey with DriveLock he worked as an IT-Consultant for many years.

Anton Kreuzer brings more than two decades of experience, sweat, innovation and success in IT sales and leadership to his demanding role as the CEO at DriveLock SE. He has held leadership positions at Dataworks, Epicor and Evosoft and most recently spent 13 years as Vice President for CEE at Heat Software (previously FrontRange). Anton is an energetic, inspiring and demanding leader who is very persistent in aligning the organization to strive for customer satisfaction. He holds a business engineering degree and has over 30 years experience in IT business.

We value enthusiasm, teamwork, performance, customer orientation, appreciation and an open communication. Our employees are encouraged to raise their ideas and to work collectively, thereby enjoying the support and the trust that they deserve. 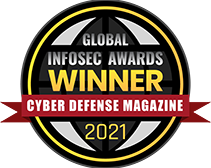 With its security solution DriveLock is actively involved in the market for more than 15 years. The company with headquarters in Munich, Germany, has become one of the leading IT specialists for IT and data security.